“All great things begin with a vision…a dream,” Estée Lauder said. And when she set out to launch a beauty company in 1946, she certainly had a clear vision for her future—it was the guiding force in everything she did. What she might not have imagined, however, was that she would set the standard for the entire beauty industry for decades to come. From product to packaging to simply hiring the right people for her newly founded company, Estée Lauder ushered in a new era of beauty. Now, as we celebrate the 60th anniversary of Re-Nutriv, the first luxury cream Estée herself created in 1956, here are five facts you may not have known about our legendary founder.

She didn’t want her customers to buy a lot of products. (Really!) “Never sell a customer what she doesn’t want or need,” she wrote. Of course sales were important as she grew her brand, but at the end of the day, Estée strongly believed that the ideal beauty routine required only a few key products, and no more than 3 minutes each morning and evening to apply them. No elaborate rituals necessary.

She created the first-ever serum. Today, beauty shelves are flooded with them, but back in 1982, Night Repair—as it was originally called—was revolutionary. Estée was one of the first to understand that skin is best able to repair itself at night, and that a lightweight texture (what we now know as a serum) was better able to penetrate deeply into skin’s surface to help it repair. Night Repair was also the first to use an apothecary-style brown bottle to help protect the formula’s active ingredients.

She met all prospective hires face to face. Even as her small company grew into a corporation, Estée wanted to know every employee. “I don’t look at their resumes…I look at them,” she told the Boston Sunday Globe in 1969. “My decision is based on chemical reaction."

All great things begin with a vision...a dream.

She changed the course of the fragrance industry. Before she created Youth-Dew Bath Oil in 1953, it was unheard of for women to buy fragrance for themselves. Perfume was only to be worn for special occasions, and women relied on the men in their lives to gift it to them. But by selling Youth-Dew as a bath oil that doubled as perfume, Estée gave women permission to buy fragrance for themselves and indulge in it anytime they liked.

She had an intense love of flowers, which served a purpose in everything she created. She found them to be a constant source of inspiration. As she told House & Garden magazine in 1980, “What’s the great secret to vitality? [It] can be derived by surrounding yourself with growing things—plants and flowers.” Perhaps not surprisingly, flowers play a particularly crucial role in our newest Re-Nutriv collection, Ultimate Lift Regenerating Youth. It features an exclusive Floralixir™ Dew comprised of two remarkable flowers, Himalayan Gentian and Brasil Everlasting, both known for their ability to thrive in extreme environments. 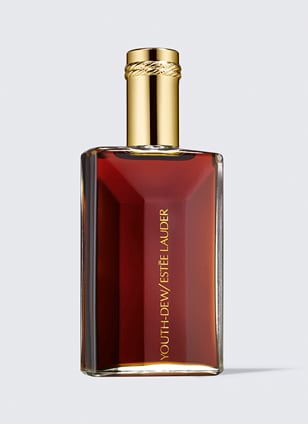