Her passion for acting is likely the result of nature versus nurture, but there’s no doubt this college senior’s command of all things cosmetic is definitely genetic. 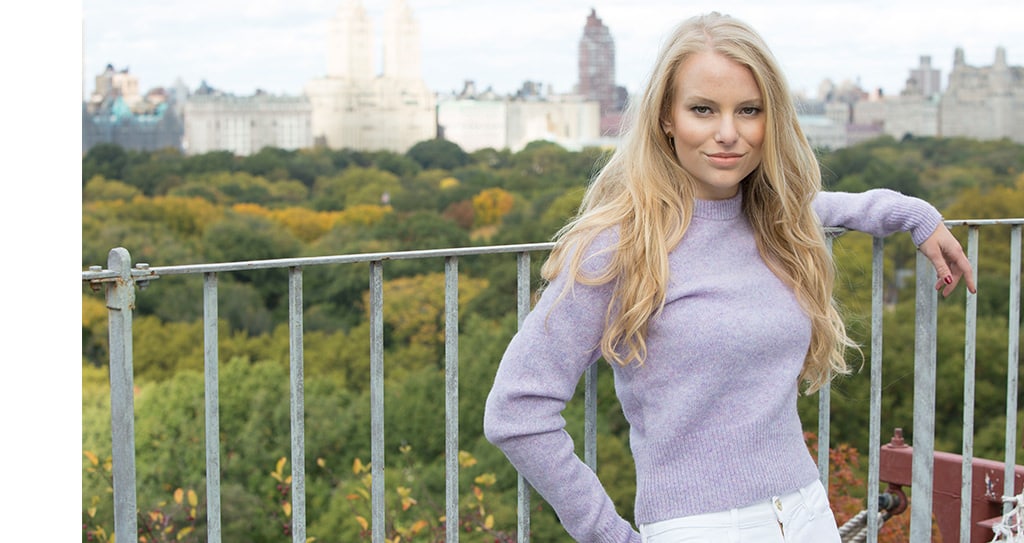 Estée Lauder once said that “actresses were the epitome of beauty and glamour” and that she “dreamed of being an actress — name in lights, flowers, handsome men.” Working as an actress both for film and on stage, Danielle Lauder wasn’t initially aware that she was realizing the early dreams of her great grandmother Estée. Danielle’s thespian thrust struck when she was just five, and a few years later, she landed a role as an extra in Garden State. The Northwestern University senior is adept at managing multiple moving parts of her life — studying, theater, dance classes — against an ever-changing backdrop, traveling constantly among Chicago, New York and Los Angeles. The secret? Time management and a collection of climate-counteracting cosmetics, of course.

EL: How did you come to study acting at Northwestern?

DL: Though I didn’t know that my great grandmother wanted to be an actress until I started pursuing it, I always felt like I had a part of Estée in me. Her quote, “I never dreamed of success, I always worked for it” always stuck with me. After being cast as an extra in Garden State and getting to know Northwestern alumni and actor Zach Braff, I always had the school in the back of my mind. I knew I wanted to study film and theater, so when it came time to apply, it seemed like the right choice. Each year, no matter what, I act in a movie during the summer and have worked at different places in the industry so that when I graduate, I can start working as much as possible. I love being on set. I filmed The Charnel House, a supernatural thriller, in which I had my first lead role, in June.

EL: What has acting taught you about yourself?

DL: I study the Meisner method of acting, which is about being emotionally naked and following your impulses. In terms of training, it’s one of the most challenging things I’ve done because it’s so emotionally taxing. But it’s also such a rush, such an unparalleled high, to pour whatever you’re feeling into your work. My acting teacher described it as not teaching us how to be actors, but teaching us how to be human beings. To do it, we have to break down so many walls we build up around us to tap into this emotion. 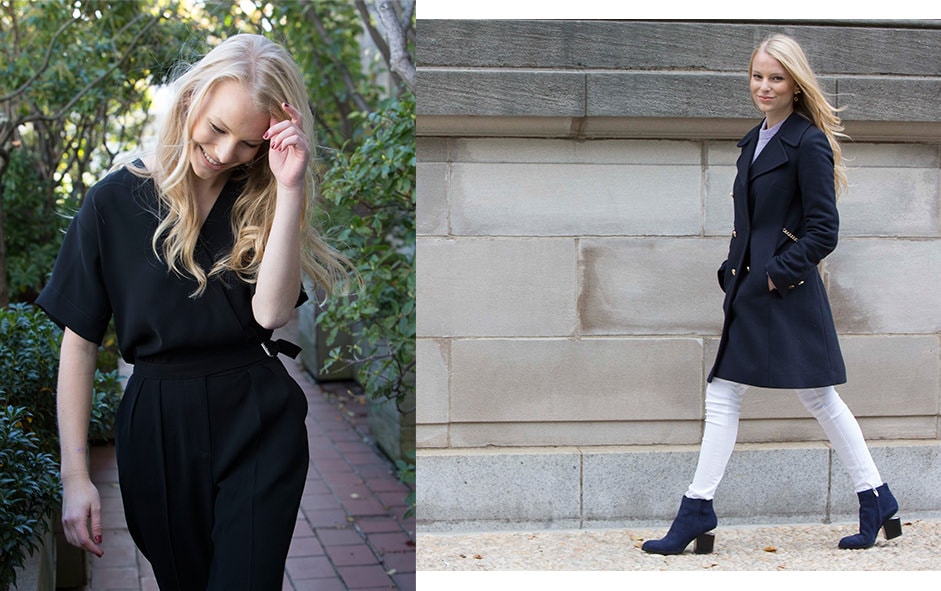 EL: Who are your female role models?

DL: My great grandmother Estée and my grandmother Evie are the two most inspiring people to me. I’m also impressed by so many educated, poised, smart and talented actresses like Meryl Streep, Laura Linney, Natalie Portman and Emma Watson. They’re brilliant in terms of acting, but also in terms of influence. Amy Schumer is an unparalleled comedienne. There’s not that much comedy driven toward women and she can be raunchy and crude, but is refreshingly unapologetic about it. She’s so self-deprecating while being comfortable with herself. I love that she’s flipping the narrative for female and male stereotypes in society.

EL: How does your skin-care regimen change while you’re dividing your time between the three cities?

DL: Every morning, I put on Origins No Puffery Cooling Mask to depuff and revitalize my eye area. I always wash my face every morning and night. Because I have oily skin, I use oil-absorbing sheets during the day. In the morning, I use Idealist Pore Minimizer Skin Refinisher. At night, I apply Clear Difference Targeted Blemish Treatment after washing my face. Depending on the climate, my skin changes so much. I stepped off the plane in NYC this week and felt like I was in the tropics! For humidity, I use oil-absorbing products like Clear Difference Oil Control/Mattifying Hydrating Gel. During the winter in Chicago, I use much more moisturizer on my face. When it’s less humid but still hot out, I like to use a cream with SPF, like Clear Difference BB Cream. 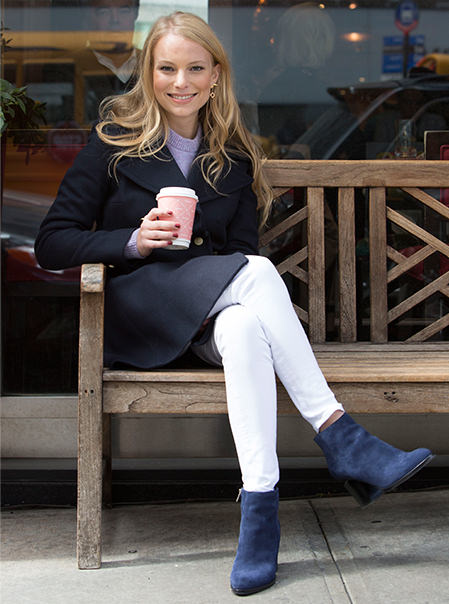 EL: You have access to so many makeup items. Which make the cut for your everyday look?

DL: My favorite concealer is Tom Ford’s Concealing Pen. I don’t like to use liquid foundation, as powder is better for addressing shine. I use Double Wear Stay-in-Place Powder Foundation, followed by eyeliner, eyeshadow, bronzer and mascara. I get my lashes dyed, and tend not to wear as much liner and mascara until the dye has faded a bit. I use black shadow applied with a thin eyeshadow brush to the inside of my top lid under my lashes. I accentuate the outer corners only, as my lids are hidden because of the way my eyes are shaped.

EL: Have you picked up secrets on set from makeup artists?

DL: Several makeup artists on set both for theatre and film have taught me about contouring. The shadows on your face are so important, especially for film. Figuring out which facial areas catch light is key.

My entire family has
stressed the importance
of skin care. 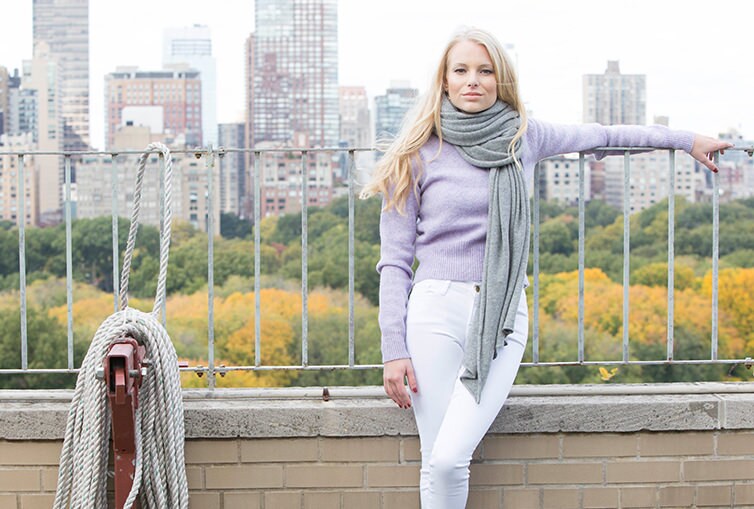 EL: Any tips you’ve picked up from your fellow Lauders?

DL: My entire family has stressed the importance of skin care. My grandmother advised me to drink a ton of water when I woke up and she’d tell me which foods are good for my skin. She would always make sure I wore sunscreen. She taught me well: Once I started taking care of my skin, I was so much happier with the way it looked.

DL: I love Instagram, for its diversity of posts you can create. It’s interesting to see what catches someone’s eye. Each feed is a little bird’s eye view into someone’s life. It’s such a cool medium for people showcasing their talent and for getting in touch with other people.

EL: If you could offer advice to your high-school self, what would you say?

DL: I’d say that being an adult is harder than you think. Don’t be afraid of the future. Don’t let yourself have a plan B to fall back on, because you shouldn’t apologize for your plan A, i.e., what you want to do. Be yourself, even if people don’t like it or support your dreams. If you know in your heart that it’s what you’re meant to do, then you can fail wholeheartedly and be that much more grateful for the successes that come your way. 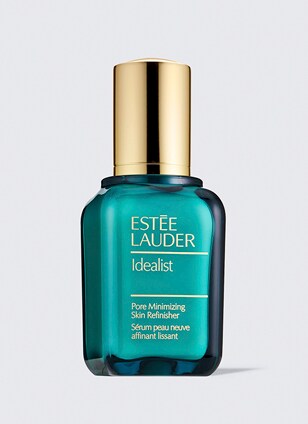